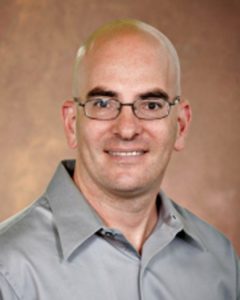 A native of Israel, Yore Kedem completed his BA at Tel Aviv University, with a double major in Music Performance and Education. From there he went to the University of Illinois at Urbana Champaign and completed an Ed.M and a Ph.D at the College of Education. In his graduate studies and research, he specialized in Aesthetics Education and concentrated on the education of musicians. Kedem studied the Pacifica Quartet, which back in the day was Quartet in Residence at Illinois, and the mentoring that the members of the quartet were providing for their students. In this work, he developed ideas that stemmed from the philosophy of John Dewey and Hans Georg Gadamer and examined concepts such as the meaning of music interpretation, teaching, and learning of interpretation, tradition, and mentoring.

As a graduate student at Illinois Kedem also worked as a teaching assistant in a K-1st classroom, and as a research assistant for a project on reading comprehension for the Special Education Department. After completing five years of graduate work, he joined the Hebrew Program at Illinois, and began his career as a language instructor. Kedem taught Hebrew at Illinois for 10 years, beginning as a graduate assistant, and then as a visiting lecturer. While working at Illinois he also developed a Study Abroad Program, which after an eight-week seminar on campus, went to Israel every winter break for five years.

In 2015 Kedem was hired as Assistant Professor of Hebrew in the Linguistics and Languages Department at MSU. Over the first two years of teaching, he taught all levels of Hebrew, and an IAH course titled Global Issues from Local Perspectives: Immigration. This was an inquiry-based class, which required students to develop research projects on immigration in countries that are not the US. Kedem now teaches only Hebrew as the class size has more than doubled over the last two years. At the request of the Jewish Studies Program Kedem also led the MSU Study Abroad Program at Hebrew University in the summers of 2016 and 2018, and will lead it again in 2019. In addition to leading this program, he has also begun offering this course through the Rothberg International School at Hebrew University and having taught it in the summers of 2017 and 2018.

In addition to teaching, Kedem performs occasionally on the violin and viola, enjoys landscape and macro photography, as well as cooking. His current project is building a pizza oven in the back yard.