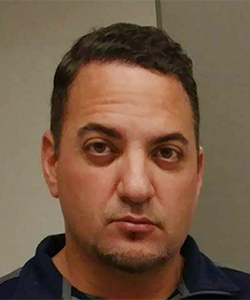 After being rejected from Wayne State University (WSU) out of high school, I followed my father’s footsteps and became an apprentice pipefitter. I worked on hydraulic, pneumatic and lubrication systems for automobile assembly lines. Five years into the trade, I was laid-off one to many times and decided to drive across the street and enroll at Macomb Community College. After the completion of my first semester, I began working again as a full-time pipefitter while remaining a full-time student. I balanced full-time work and school for another seven years, during which time I matriculated to WSU and earned a B.S. in biology. Shortly thereafter, I retired from work as now a journeyman hydraulic pipefitter and commenced my career as a graduate teaching assistant as I studied for a master’s degree in biology.

After earning an M.A. biology, I entered medical school at Wayne State University School of Medicine (WSUSOM). During my first week of classes in medical school, I approached a professor after his lecture and asked him what I needed to do to essentially become “him.” He replied, “You’re in the wrong program son.” I would sit in my lectures fascinated by the knowledge my professors possessed, and I was even more intrigued by the few that had the talent to induce wonder, excitement and passion in their student’s minds. It took me to that day, nearly ten years into my education, to finally realize my true calling in life. I left medical school shortly after that fateful conversation, and I never returned. I returned to the main campus at WSU where I had previously completed my M.A. in biology. I returned with the intent of completing a Ph.D. in biology so that I could eventually land a position teaching biology at a four-year institution.

When I returned to WSU, I was asked by the Associate Chair of Biological Sciences if I would consider lecturing an introductory biology course. I jumped at the opportunity. After that semester, I was employed by WSU – the very school I was rejected from out of high school – as a part-time lecturer, and later promoted to a full-time lecturer. I resigned from my full-time position by the end of the first year of the contract to pursue a Ph.D. back at WSUSOM in a full-time capacity. I remained a part-time lecturer in Biological Sciences at WSU, a position that is still current. I earned my Ph.D. in Physiology from WSUCOM in 2014.

While I only completed my Ph.D. five years ago, I have taught histology, human physiology, anatomy and physiology, and general biology courses to tens of thousands of students since 2004 in the capacity of a professor/lecturer. Although WSU was my “home base,” I taught biology all over metropolitan Detroit. I was an adjunct professor at Macomb Community College (MCC), Oakland Community College (OCC) and Wayne County Community College District (WCCCD). I was also a full-time professor at St. Clair County Community College (SC4). At community colleges, I typically taught three to five courses a semester, each course with approximately 30 students. At WSU, I typically taught 800-900 students a semester. I joined MSU in 2014 as an Assistant Professor of Physiology. Here at MSU, I teach a 450-student human physiology course and an online physiology course over the summer. I also taught a 250-student introductory biology course for fours year for the BioSci Program.

I was one of the first professors here to employ the Top Hat classroom response system. I deploy Top Hat questions from my hand-held tablet while I embed myself all throughout the lecture hall. I am unchained from the podium with a tablet running PowerPoint, Top Hat, streaming videos, etc. – technology I pioneered here at MSU. After developing an online course, I learned a lot of things that I could be doing better in my face-to-face courses. I spend most of my time now working with formers students that volunteer to work on course improvement projects I have established. I have a long list of projects and am currently working with 30 volunteers.

In my free time, I enjoy reading, writing and building/riding motorcycles.