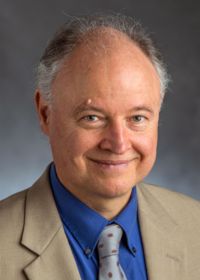 Prior to his appointment as dean in August 2018, Duxbury served as chair of the Department of Physics and Astronomy (PA) from August 2013 until August 2018. He joined the MSU faculty in 1986 as an assistant professor, was promoted to associate professor in 1994 and became a full professor in 1998. During his MSU tenure, Duxbury has also served as PA graduate studies director, associate director of the MSU Center for Fundamental Materials Research, director of the Center for Nanomaterials Design and Assembly, and director of the Center of Research Excellence in Complex Materials. He is a Fellow of the American Physical Society.

Duxbury’s specialties include statistical physics, solar device models, ultrafast processes and accelerator physics. His research focuses on ultrafast nano-crystallography and applications to ultrafast processes in materials; phase behavior of polymer-nanoparticle mixtures with applications to organic and perovskite solar cells; phase behavior of nanoparticle-lipid bilayer systems with applications to nanotoxicology; and finding the atomic structure of non-crystalline materials, such as isolated nanoparticles and complex molecules, involving the definition and solution of novel inverse problems. Duxbury’s research is funded by grants from the National Science Foundation. He is also co-PI of a workforce development project in Accelerator Science and Technology funded by the Department of Energy.