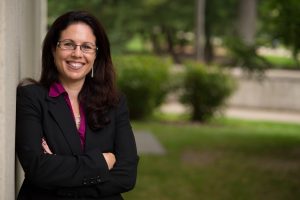 Dr. Ayalla Ruvio is an Associate Professor of Marketing at the Broad College of Business at Michigan State University. She is a Broad College faculty senator and the incoming director of the Master’s Degree in Marketing Research and Analytics program, which is ranked #1 in the country. She is an applied consumer behavior researcher who focuses on issues such as identity and consumption, material vs. experiential consumption, consumer arrogance, and cross-cultural consumer behavior. Her research has been published in leading refereed journals. Dr. Ruvio is also the co-editor of the textbook “Consumer Behavior” and “The Handbook of Identity and Consumption.” Her research has been featured in numerous media outlets all over the world, including CNN, the TODAY Show, Good Morning America, TIME magazine, The New York Times, Forbes, Consumer Reports, The Daily Telegraph, The Atlantic, The Telegraph, and the Toronto STAR.

Since she joined MSU in 2013, Dr. Ruvio has promoted issues of diversity, equity and inclusion. Specifically, she was selected by the Provost to represent the faculty on the Women’s Advisory Committee to the Provost (2014-2016). She was also nominated by the Provost to represent her office on the Sexual Violence Advisory Committee (2016-2018). Currently, she represents the faculty senate on the RVSM Informal Resolutions Panel committee formed by President Stanley as part of the RVSM Strategic Plan, as well as the Workplace Bullying Ad Hoc Workgroup committee.

Dr. Ruvio is honored to have been selected for the 2022-2023 Academic Leadership Fellows program. She will be mentored by Prof. Mary Finn, the Dean of the College of Social Science.